I never thought I would see the dust bowl again.  We’ve spent trillions of dollars and we’re still in the same place. What’s going on?
Ray Archuleta 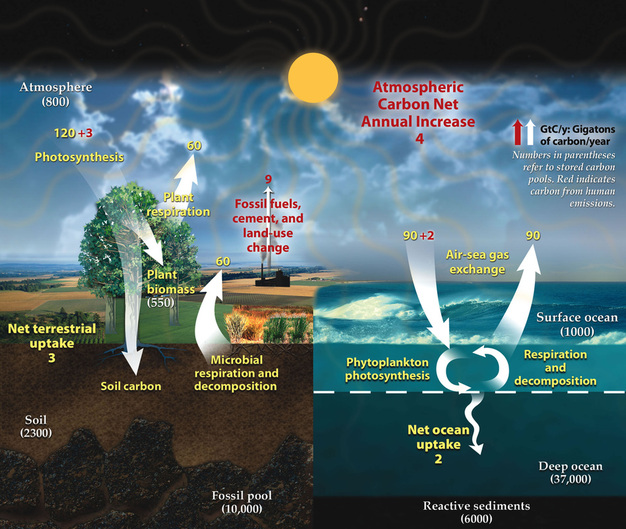 Carbon Cycle Diagram from the DOE

You can't separate soil health and climate change. You have part of the solution to global warming right under your feet. Cedar Basin Crop Consulting asks you to start thinking about your soil health and how it will affect your children's and grandchildren's future.

Most Farmers Still Doubt They Have Anything To Do With Climate Change
Devastation from extreme weather events like Hurricane Matthew isn’t changing their minds, either.

International Year of Soils November: Soils and the Atmosphere

The 2014 Iowa Climate Statement emphasizes the effects of climate change on the health of Iowans:

The 2013 Iowa Climate Statement addresses the effect of climate change on Iowa agriculture:

Could a controversial farmer in California have found the most effective way to grow food in a warming world?
What creates life? Sun, rain and soil. We can only impact one of these—soil. It’s the only thing on the planet that takes death and converts it back to life. And all we’ve done is destroy it.
Paul Kaiser
Craftsmanship

July 25, 2014
Climate experts estimate risk of rapid crop slowdown
“Climate change has substantially increased the prospect that crop production will fail to keep up with rising demand in the next 20 years,” said NCAR scientist Claudia Tebaldi, a co-author of the study.
Read the article here:
Atmos News 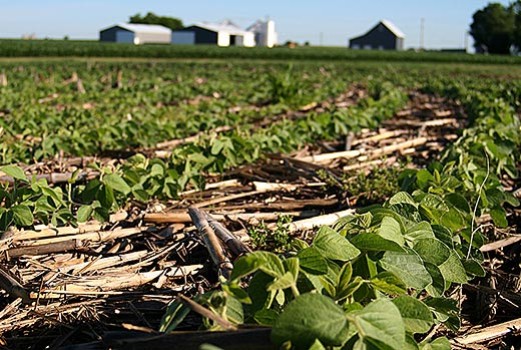 Iowa Public Radio's story on how regenerative farming and soil health can help combat climate change can be found here:

Kristin Ohlson's book, The Soil Will Save Us, can be purchased from a small, independent Iowa bookstore here: