It’s butterflies’ abilities to happily fly despite everything around them that makes them free.
Nicole Renee Wyatt 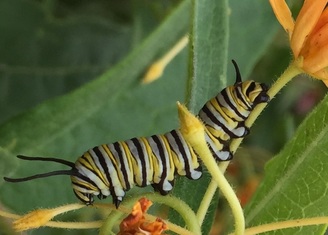 Photo by Robin Oanes
How many of you have a childhood memory that includes finding a Monarch caterpillar on a milkweed plant, breaking off some of that plant, placing it and the caterpillar in a jar, punching air holes into the jar cover with a hammer and a nail, and then watching the amazing transformation of that odd-looking creature into a beautiful butterfly?  And then having the thrill of setting that butterfly free?  Well, it's entirely possible your children and grandchildren will never have that experience to add to their own memories.  The Monarch population in their Mexican winter habitat has gone from 1 billion in 1996 to 35 million last year.

Cedar Basin's Monarch Rearing 2016
Monarch survival rates are less than 10% in the wild (some sources say less than 1%), so we didn't hesitate to step in and give nature a hand this summer.  Our first round consisted of 9 eggs and 3 caterpillars found in various instars.  Of those, we released 8 beautiful females.  Just when Robin was convinced butterfly babies were through for the summer, 55, - yes, 55 -  caterpillars showed up in the swamp milkweed stand in front of the studio, with another 3 coming from the common milkweed we'd planted in the ditches by the road and in our prairie.  Of those, 6 were parasitized by tachinid flies (which are also pollinators), and 2 died for unknown reasons, and 1 butterfly had to be culled because it emerged from the chrysalis deformed.  We were able to release 48 butterflies (24 of each gender) tagged for Monarch Watch, and 1 female managed to make a break for freedom before we got her tagged.  That gives us a survival rate of over 81%.  We're pretty proud of that.

This just goes to show, planting about 100 square feet of milkweed can make a huge difference in the survival of the Monarch.  Fall and winter are the best time to plant milkweed, so please fling some seed around your property in the next few months.
A Not So Good Update on that Good Monarch News...
Things have gone downhill since we posted the good news below.  Dr. Robert Hartzler, ISU Extension Weed Specialist and Professor of Agronomy, told us today that students he works with on Monarch habitat are reporting their egg count down 75% from last year.  We've heard a lot of other people are commenting on how few Monarchs there are this year.  Their decline is being attributed to an ice storm that hit their wintering site just as they were heading north this year.  Find out how you, as farmers, can work with NRCS and ISU to help bring them back here: 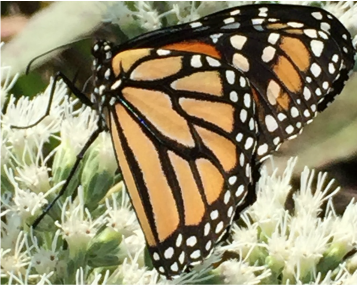 Learn all the issues related to Monarch population loss and recovery through the U.S. Fish and Wildlife Service National Conservation Webinar Series. 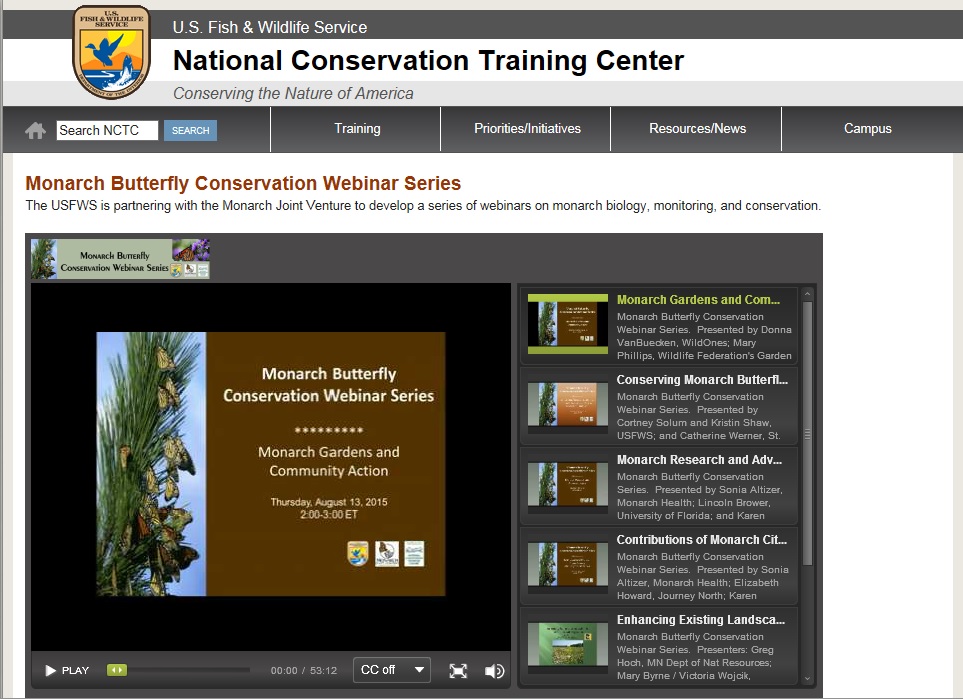 An informative guide from the Xerces Society for Invertebrate Conservation

The monarch massacre: Nearly a billion butterflies have vanished

Products (e.g., Roundup) used by agriculture professionals have played a significant role in the loss of habitat for the butterflies.  Doesn't it make sense that we would then want to do our part to mitigate the effect we have?  We at Cedar Basin started planning our Monarch habitat last fall and have the seeds to plant as soon as spring arrives.  Now we're asking you, our clients--and anyone else visiting cedarbasin.com--to consider converting a corner of your property into Monarch butterfly habitat.  It's simple, it's inexpensive, and you'll be playing a part in saving one of the world's natural treasures.

What kind of milkweed should you grow?

Milkweed Species Native to Iowa
(Source--﻿BONAP's North American Plant Atlas)
﻿
Buy seeds here:
or fill out the form below, and we'll send you some.